"Plans are made to be broken"..."No plan survives contact with the enemy"..."The plans of mice and men."... Take your pick from any of these stock quotes and they could be aptly applied to the UK this Christmas. And like many families in the South East of England (and elsewhere), we are having to replan our holiday season around staying at home and not seeing family. To be fair, we already had a well established 'Plan B' in place because it was rapidly becoming quite obvious (to everyone except our Glorious Leader) that 'Plan A' was crackers! On the plus side, it means I have even more time for painting and playing games with the young Padawan. 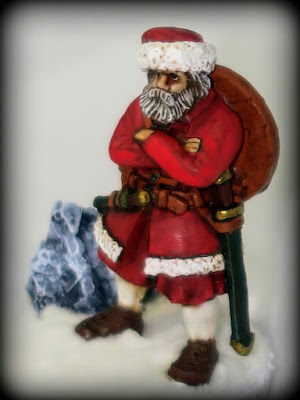 The Analogue Hobbies Painting Challenge started on Monday and I have been working on my first entries. I'm taking a more sedate pace this year, even though I'm likely to have more time on my hands, simply to reduce the pressure a bit (got enough of that at work!). As is traditional for me, I have kicked my AHPC campaign off with a Christmas Themed figure. I normally buy these early back in January I had purchased my 2020 Christmas figure for this year's Challenge. Unfortunately, it was the excellently sculpted Death dressed as Santa from Terry Pratchett's Discworld novels, and I thought that was just a little too dark given the year we have had. I'll save that for when this mess is all over (so who knows when he'll see the light of day!). Instead, I have painted a Viking Father Christmas made by Foundry. 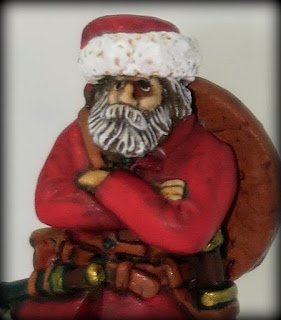 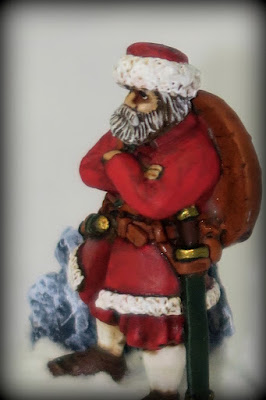 One of the conventions of the challenge is that participants post pictures of their entries on the Challenge blog with 24hrs exclusivity before reposting on the painters own social media. I only managed to get this guy finished and posted yesterday morning, hence the reason my usual Wednesday post has been shifted to Thursday this week. I have some other entries ready for the Challenge and I'll post them here next week with a roundup of what I have completed and what is on the workbench.
Until then I'd just like to wish everyone a very Happy Christmas and hope that you are keeping well and trying to make the most of a tough holiday season.
Posted by BigLee at 12:00