The Painting Challenge and a Tactical Error 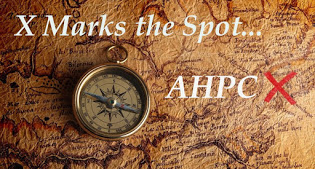 The call went out a little over a week ago for the Tenth annual Analogue Hobbies Painting Challenge and I was quick to throw my hat in the ring. I've been planning a couple of projects for the challenge for a while now and I just need the kick up the bum that the competition provides to get them done. One of the things Curt asks for when signing up is a target score for each individual. For those of us that can't possibly compete with the top fighters in this event, the personal targets are our benchmarks of success. The problem is trying to estimate how much you're going to paint over the 13 weeks of the Challenge...and I may have been a little over-ambitious!

My previous personal best was a modest 1307 points back in Challenge VIII, so for this year's event, I decided I would aim to beat that, setting my target as 1308 points. The problem is now that I have totted up all the stuff I have bought to paint I'm falling short by several hundred points. Painting 6mm doesn't net huge point scores (except when painting hundreds of Zulu's!) so I knew I was being ambitious. So having set myself what feels like an unrealistic target, how the hell am I going to achieve it? 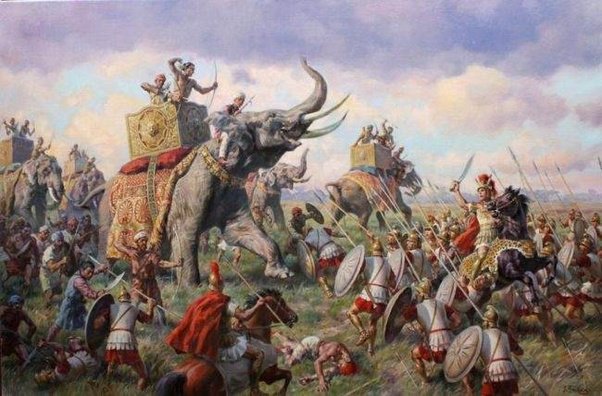 The main project this year will be a new 6mm army. I have wanted to paint a classical Indian army for a long time. In particular, I wanted to paint the army of Porus the Pauravan King that fought Alexander at the Battle of Hydaspes in what is the modern-day Punjab region of Pakistan. I bought most of the models I needed back in April at Salute so this has been 'in the pipeline' for a while. I hasten to add I don't yet have Alexanders army to face it, but that's a project for another day. The Indian army is all prepped and ready to be painted but will probably only net me about 500 points, so a long way short of the final tally. 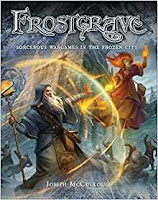 The next project is something entirely different from my usual fare. The young Padawan has been badgering me to play some fantasy wargames to offset the historical games I force her to play (!). I didn't particularly want to have to paint big armies so I opted for a skirmish level game that could utilise some of my existing RPG figures. Frostgrave is the ideal option and I have already converted some models with suitably winterised bases. What I need now is terrain and lots of it. So the second major project I'll be working on this Challenge will be a wide selection of ruined walls and buildings. I've bought myself a stack of Blue Foam (well it's black now, but its the same stuff) and am busy learning the techniques I need to use this material as I haven't done anything like this before. However, at 20 points for each 6" cube of terrain, I doubt very much if I can net more than a hundred or so points this way.

It's unclear at this stage how the Challenge Island thing is going to work, and if it will provide the bonus points that the old bonus rounds used to, but for now I'll assume it will so hopefully I can scoop up 250 points by participating in this side challenge. I always enjoy the bonus rounds as it forces me to step outside my comfort zone and paint models I wouldn't normally work on. Curt will be announcing the details of Challenge Island this weekend, and I wait with bated breath. 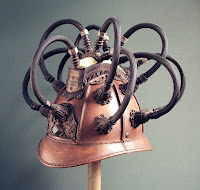 So far the balance of the projects for the challenge is made up of various odds and sods that I need for different games. I have some 15mm Normandy farmhouses that need to be painted; some Spanish Cavalry for my 6mm Carthaginian/Punic forces; some 10mm fantasy figures for a charity project I agreed to contribute to; British Lancers and Highlanders for my Zulu War project; and more 28mm figures for Frostgrave. None of this (at the moment) looks like it will earn me lots of points, maybe a couple of hundred for the lot.

I'm still wracking my brains for ideas but so far the project list adds up to approximately 1100 points, give or take. I need to get my 'thinking cap' on and close the gap if I am to hit my target. For some of this year's veteran Challengers, a mere 100points per week is a trifling amount, but for mere mortals such as myself, it's going to be a real challenge.
Posted by BigLee at 17:00