These weren't on my original plan for the Challenge but as I have hit my target and found myself with a 'spare week' I decided to dig them out and get them painted. Actually to be honest I'd forgotten I had bought them and I only rediscovered then as I rummaged through one of my lead mountains (yes, that's plural!). I'm using these Spanish Scutarii as allies in Hannibal's 2nd Punic war army. In the To The Strongest army list, I can only take two of these units but I can upgrade them to Veterans if necessary. 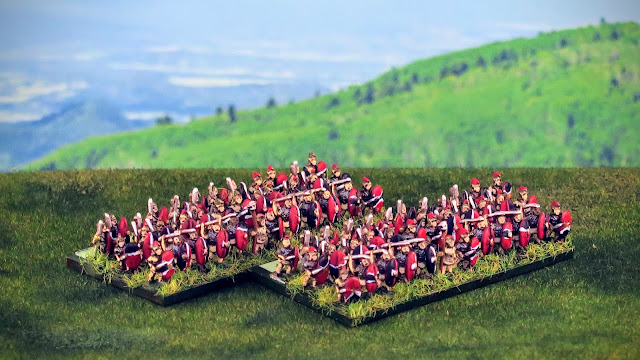 The Scutarii were named for their shields, the scutum, which was very similar in design to that used by the Romans in the Polybian period. The shield was a large oblong, big enough to cover the body, but light enough to be carried in one hand. The Romans used the scutum to form what was in effect a shield wall and there is similar evidence to say the Spanish employed the same tactic. The Scutarii were well-equipped medium spearmen and therefore quite mobile. Their main weapon was the all-metal heavy throwing spear - the Soliferun - which would be thrown at short range before closing in for hand-to-hand combat. This is where their secondary weapon, the short straight edged sword known as the gladius hispanniensis, would come into its own. The later Roman Gladius was influenced by these weapons, which is just one of many examples of how the Romans learned from and absorbed military ideas from the cultures they fought and defeated. 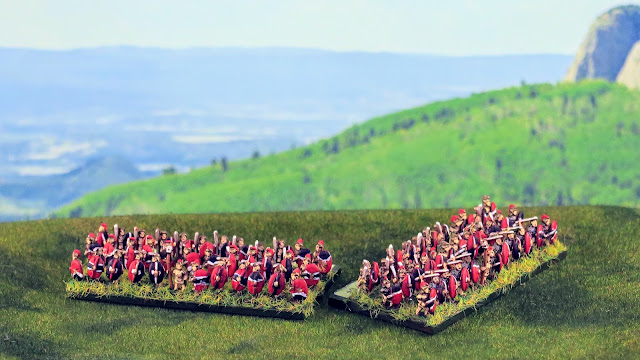 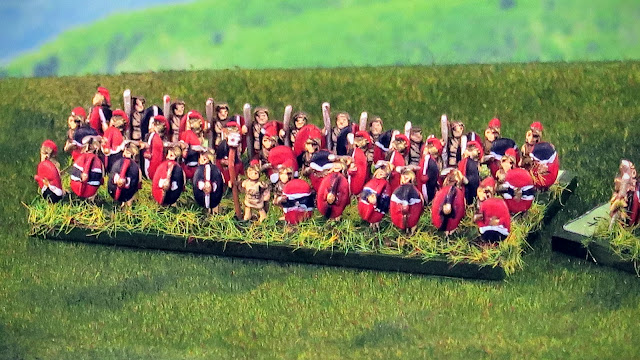 Given their description and the tactics they used I have chosen to arrange these figures with the front rank presenting the shield in a 'wall' about to throw their Soliferun prior to charging into melee. Various sources describe the shield designs of these troops as colourful, similar in appearance to Gaulish shields. However other sources (and some examples I found online) are more uniform in appearance with a deep red colour being a common colour. I decided to go with the latter design to give the units a distinctive look, but also to reflect their determined and disciplined quality. 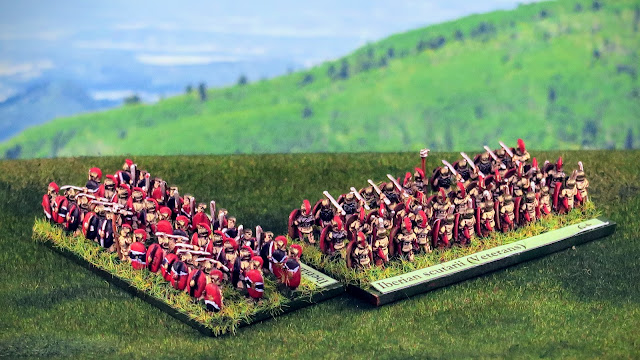 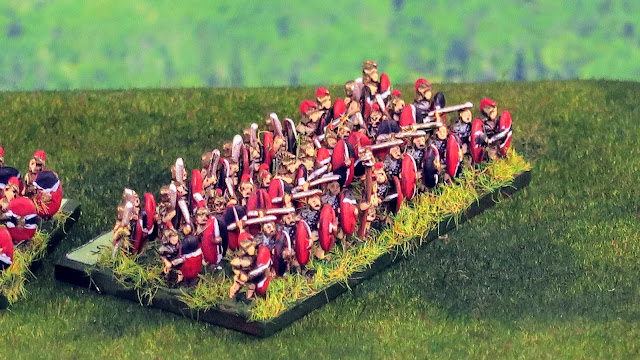 Incidentally, I have found a lot of information online (some of it useful, some of it less so!) but my main reference has been the excellent Armies of the Macedonian and Punic Wars by Duncan Head. It was an expensive book to buy but it has time and again proved its value with information that I couldn't find elsewhere.
Posted by BigLee at 17:00