The latest addition to my collection 6mm airfield buildings is a pair of corrugated Nissan huts from Leven Miniatures. These are typical of the sort seen at RAF sites across the country and indeed across the Empire (as it was then). With territory - and therefore airstrips - in North Africa switching hands several times during the campaign its not unreasonable to expect buildings like this to be employed by whichever side happens to control the territory at the time, so these could be used for Allied or Axis airfields. 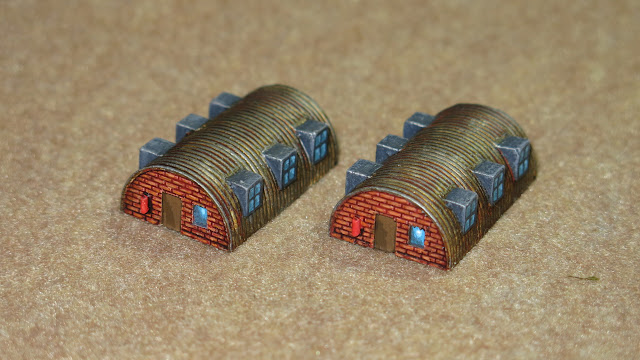 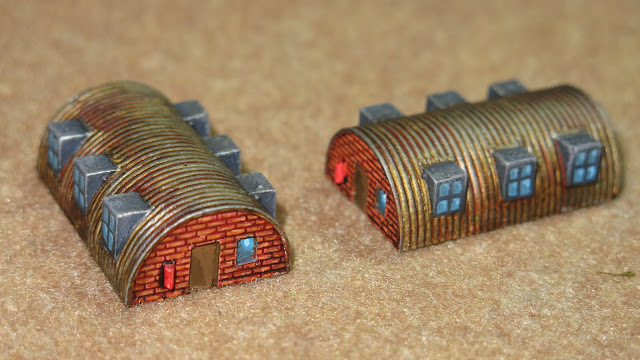 The Nissen hut was actually a WWI design for a modular and easily portable building that could be erected or dismantled quickly (6 men could build one in just four hours). One hundred thousand were built in the first world war but the design was again adopted for military use during WWII. Leaky and drafty in winter and stifling hot in summer these were not comfortable buildings but they did serve a vital role and many were converted to civilian use after the war.
Posted by BigLee at 08:33