One thing I need for my upcoming 6mm FOW Battle is Objective markers. I game some thought to making special models for this but as time is limited I decided I would opt for a flag or some other simple marker. In the end I opted for a simple national symbol make in effect an objective 'token'. I downloaded these from the Internet but have run them through some editing software to reduce them to sepia tones so they don't stand out too garishly on the battlefield. 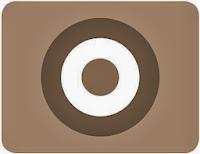 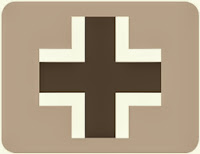 I have stuck these on alternate sides of a Small FOW base so they can be flipped over if an objective changes hands. I have only made a few - not many are needed in any given game - and here's a picture of the finished token's.