The Italians are coming...in their little tanks! Well I've been hard at work trying to paint the first batch of models from my newly acquired collections of 1:300th scale models. I'm still waiting for a few other purchases to arrive so I decided to have a go at some Italian tanks first. This is the HQ and first two platoons of M14/41 tanks from an Italian Compagnia Carri (Tank Company). I need to buy a few more of these to bring this company up to three platoons but in the meantime these will get me started. 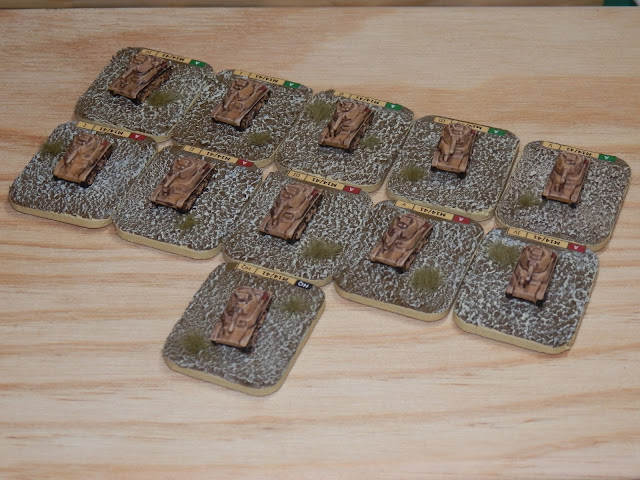 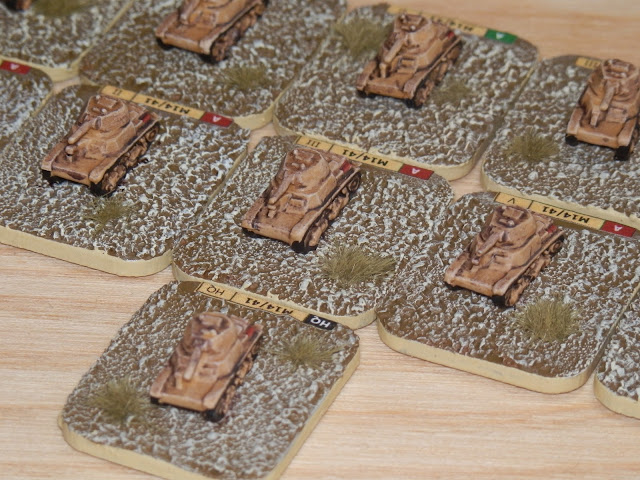 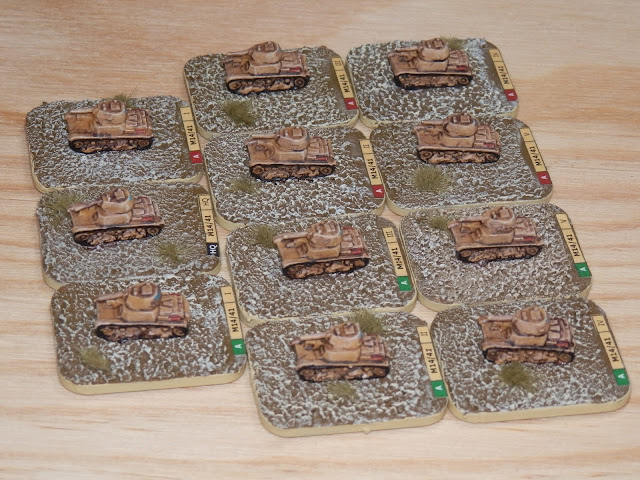 The M14/41 was a slightly improved version of the earlier Fiat M13/40 with a more powerful diesel engine. It had a limited production run as it was already considered obsolete by the time it entered service. Despite the upgrade the M14/41 was unreliable, cramped, and caught fire easily but and was only really suitable for recon missions.
Posted by BigLee at 06:45