For the record, I hate Kobolds. Especially when they fight back. And even more especially when they start winning! Last night was just such a woeful tale of defeat and ignominy. For last night was the Dagenham Dungeon Delvers regular D&D session. Here you see GM (or Evil Master of Ceremonies as we like to call him) planning and plotting. 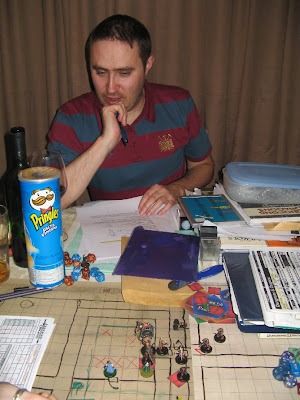 Fortunately he seemed to mislay his evil genius persona somewhere in the pile of paper known as his 'campaign notes'. 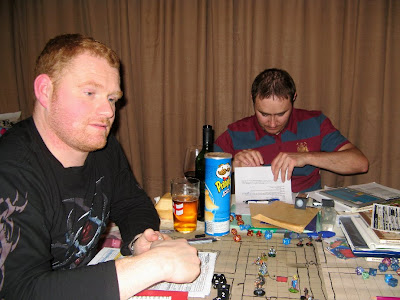 We fought gallantly and killed many Kobolds as the battle raged through a suite of rooms in an abandoned underground palace. However it soon became clear that the Palace was 'infested' with the critters and we were surrounded. 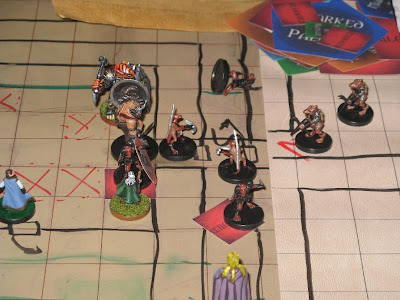 No amount of searching through the PHB could help me or my companions defeat them and eventually we had to retreat in the face of overwhelming numbers. Thus we escaped TPK (Total Party Kill for the uninitiated)... but only just. 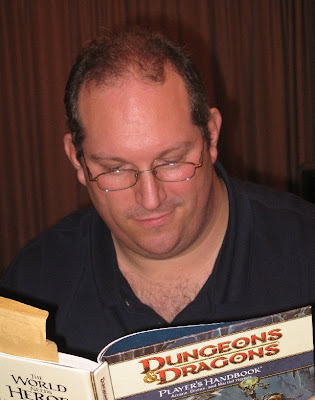 In between painting and blogging I do occasionally find time to actually play. Most of the miniatures I paint are destined for the games table although I have been doing more display models in recent years.
Posted by BigLee at 16:51