I have finally finished painting a Battaglion Bersaglieri for my Desert Raiders project. I have painted my figures to represent the 9th Reggimento Bersaglieri, part of the 101st ‘Trieste’ Division. I'm now very close to completing everything I need for a raiding game using my LRDG and other units. I have picked a scenario I want to run (more on that after I run the game) and have just a few more small terrain items to finish. Its taken a lot longer than I had hoped. mainly because the new job hit me between the eyes bringing painting projects to a complete halt for several months. I've made a concerted effort to get back on track since Christmas and now the end is very much in sight. 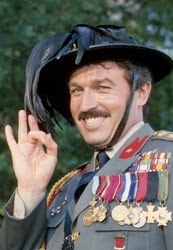 The Italian Bersaglieri in WW2 were generally of a higher quality than regular infantry, with a greater emphasis on physical stamina and marksmanship. Their helmets adorned with black Cockerel Feathers may have been lampooned by Captain Alberto Bertorelli in the 1980's British Sitcom 'Allo 'Allo! but in reality the feathers were part of the "esprit de corps" of the Bersaglieri and worn with great pride. 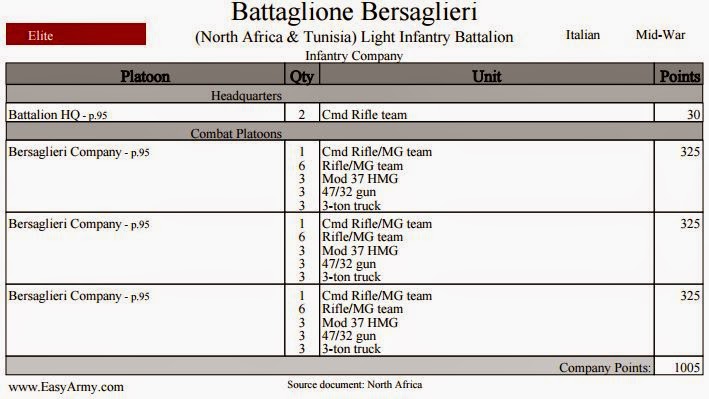 This force has a lot of firepower at its disposal with a high ratio of HMG's & Infantry Guns plus 3-ton trucks to provide transport. I'm looking forward to seeing these in action. I am also nearing completion of a couple of new Divisional support platoons and I hope to have these ready to show next week.
Posted by BigLee at 07:00